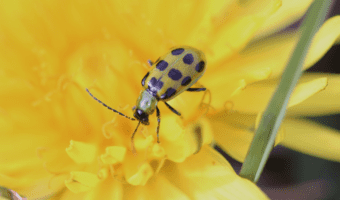 The spotted cucumber beetle is a major agricultural pest insect. They are found east of Rocky Mountains. (Closely related species are found throughout United States).

Adult spotted cucumber beetles are greenish-yellow with six large black spots on each elytron (a modified, hardened forewing of certain insect orders, notably beetles (Coleoptera) and true bugs (Hemiptera). An elytron is sometimes also referred to as a shard).

The spotted cucumber beetle are about a quarter to a half centimetre long. Their larvae are yellowish and wormlike. In the adult form it eats and damages leaves of many crops, including cucumbers, soy beans, cotton, beans and many others. In the larval form, which is known as the ‘southern corn rootworm’, it tunnels through the roots of young plants, stunting their growth or killing them.

These native pests have a wide range of host plants, but will readily infest a field of crop plants, most notoriously corn. 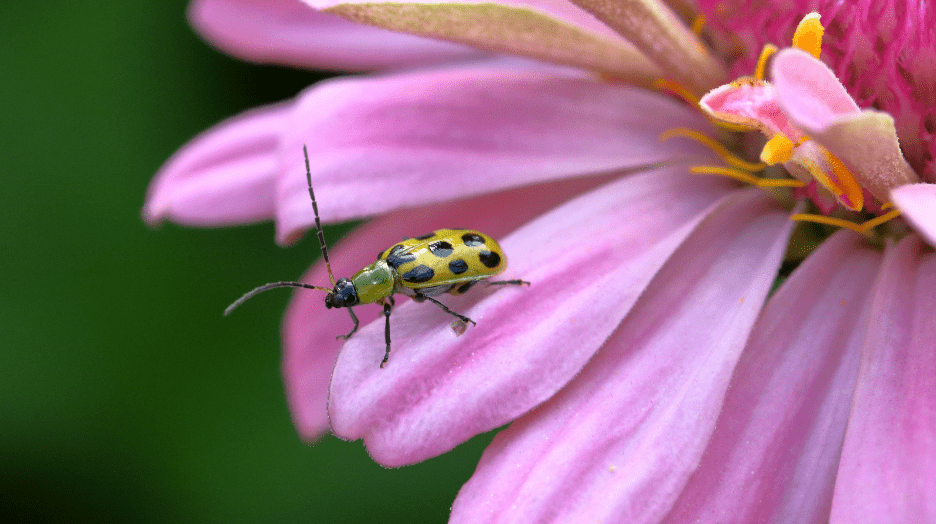 The spotted cucumber beetle has three subspecies, each with a different common name;