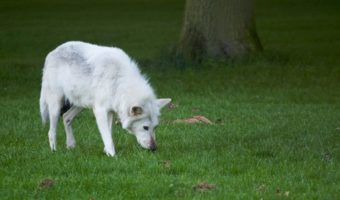 Sometimes it is also viewed as a result of historical hybridizations between grey wolves and red wolves or coyotes. The Eastern Wolf is recognized as a potential distinct species, but close related to Red Wolf.

The Eastern Wolf mainly occupies the area in and around Algonquin Provincial Park in Ontario and also ventures into adjacent parts of Quebec, Canada. The Eastern Wolf also may be present in Minnesota and Manitoba.

In the past, the Eastern Wolf might have ranged south into the United States, however, after the arrival of Europeans, these wolves were heavily persecuted and became extirpated from the United States. In Canada, exact numbers of Eastern Canadian Wolves are unknown.

The Eastern Wolf is smaller than the Grey Wolf. It has a pale greyish-brown pelt. The back and the sides are covered with long, black hairs. Behind the ears, there is a slight reddish color.

These differences in attributes are thought to be a result of their Red Wolf ancestry. The Eastern Wolf is also more slender than the Grey Wolf and displays a coyote-like appearance. 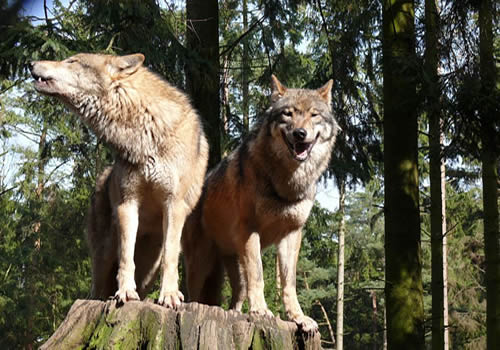