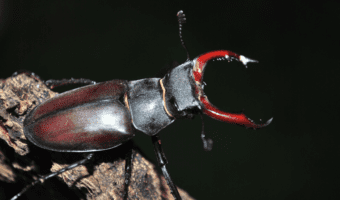 Stag beetles belong to the family Lucanidae. They are a group of about 1,200 species. Stag beetles can be found in Southern and central Europe. In Britain, they are found in southern and southeastern areas of England. Some species grow to 8 centimetres (3¼ inches), but most are about 5 centimetres (2 inches). Stag beetles have a dark, violet-brown elytra (wing cases) with reddish-brown antlers (females antlers are much smaller than the males). 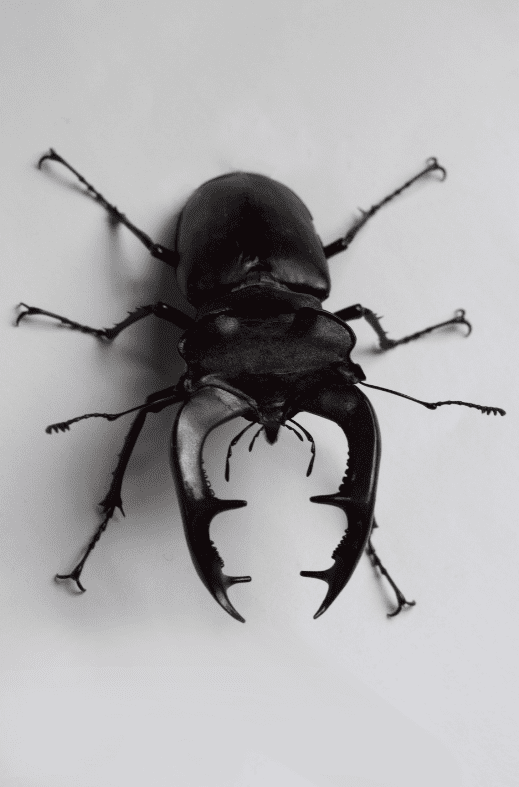 Adult male stag beetles emerge in May or June, depending on the weather, followed shortly after by the females. The male has strong wings underneath the wing cases (elytra) and he flies at dusk in search of females. The flight can be rather erratic and the beetle sometimes flies indoors through open windows or doors, attracted by the light.

Mating rituals involve the male stag beetle opening his antlers wide and walking around actually ‘showing off’. Two males will fight if they interested in the same female. Injuries are rare, however, the stronger beetle will turn its opponent on its back. It is more a show of aggression and dominance than a dangerous fight.

After mating, the female finds an area of moist decaying wood in which to lay her eggs. She will seek out logs and old tree stumps in parks, gardens and hedgerows. When she has laid her eggs, she dies and the male does not last much longer.

Each egg hatches into a creamy colored larvae, looking like a fat, wrinkly grub with an orangey-brown head and six stubby legs. It has tough jaws for tearing up and chewing decaying wood. This type of food is not very nourishing, so it takes three to five years before the larvae is ready to turn into a pupa.

The adult beetle develops inside this pupae case, which remains hidden inside a decaying tree stump all through the winter. The fully-formed adult beetle will not emerge until the weather becomes warmer in May or June of the following year. The cycle then starts over again, as the males fly off in search of a mate. The flight season lasts only until August and by the time winter arrives, all the adult beetles have died. 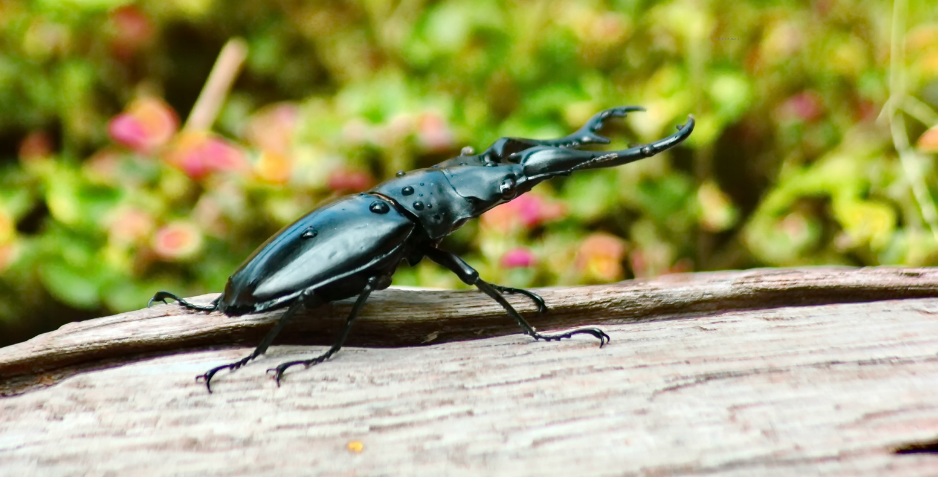 The English name is derived from the large and distinctive mandibles found on the males of most species, which resemble the antlers of deer stags.

A well-known species in much of Europe is ‘Lucanus cervus’, referred to in Britain as ‘the’ stag beetle (it is the largest British terrestrial insect).

Stag beetles inhabit broad-leaved woodlands, especially oak, but also parks and gardens where there are hedgerows, tree stumps and logs.

Male stag beetles use their jaws to wrestle each other for favoured mating sites, but despite their often fearsome appearance they are not normally aggressive to humans.

Female stag beetles are usually smaller than the males, with mandibles in normal proportion for a beetle.

Unfortunately, the stag beetle is now rare in Britain, mainly due to loss of suitable habitat.