The Temperate Deciduous Forest biome is found in most temperate regions of the world which climates have warm summers and cold winters.

Adequate rainfall is also frequent to sustain the forest growth. Temperate forests generally have an understorey of moss and are noted for their masses of trees.

In most Temperate coniferous forests, evergreen conifers dominate the grounds, while some are a mix of conifers and broadleaf evergreen trees and/or broadleaf deciduous trees. Temperate evergreen forests are common in the coastal areas of regions that have mild winters and heavy rainfall or inland in drier climates or mountain areas. 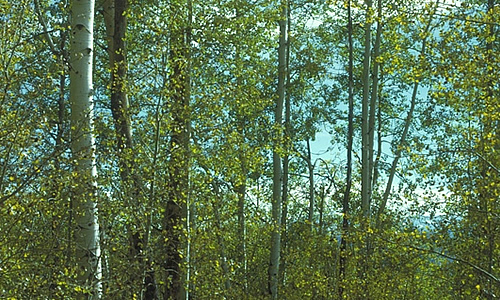 Temperate rainforests are found along the Pacific coast of the USA and Canada (from northern California to Alaska), in New Zealand, Tasmania, Chile, Ireland, Scotland and Norway.

Temperate rainforests cover less area than tropical rainforests. Temperate forests are often called deciduous forests. In a temperate forest, most of the trees lose their leaves in the winter. During the autumn, when the weather gets cooler, the trees become subdued until warm weather returns. Their leaves turn beautiful shades of browns, reds and golden colors. Come winter time, the leaves fall off of the trees and remain bare until springtime.

These small areas are in southern Australia and New Zealand and on the coasts of Norway, the United Kingdom and Japan.

Animals and birds that live in the Temperate Forest Biome

Another important characteristic of the temperate forest is the diversity of animal species. Precipitation in the temperate forest falls throughout the year. However, during the winter months it is usually frozen and there is less moisture and water for animals to drink. Animals living within this biome must adjust to cold winters and hot summers by hibernating, migrating or keeping active all winter. Another problem the animals have to deal with is the lack of hiding places when trees are bare, leaving animals with less cover to hide themselves from predators.

Below are just some of the animals that inhabit temperate forests.