You are here: Home / Animals / Gorillas 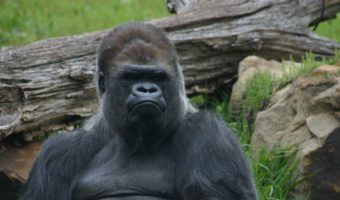 Bwindi Gorilla – no scientific name as yet.

Both the Cross River Gorilla and the Bwindi Gorilla are more recent classifications of Gorilla sub-species. 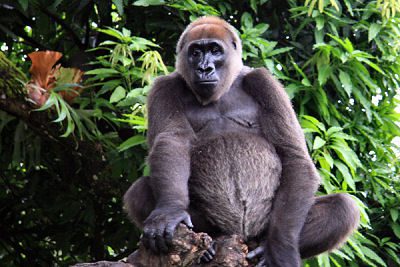 The population of the Cross River Gorilla is only around 150 individuals believed to be remaining in the wild in several populations that are isolated by farmlands. The nearest population of Western Lowland Gorilla is some 250 kilometres away.

Both loss of habitat and the increased popularity of bush meat have contributed heavily to the decline of the Cross River Gorilla. They are categorized as being Critically endangered by the 2006 IUCN Red List of Threatened Species. 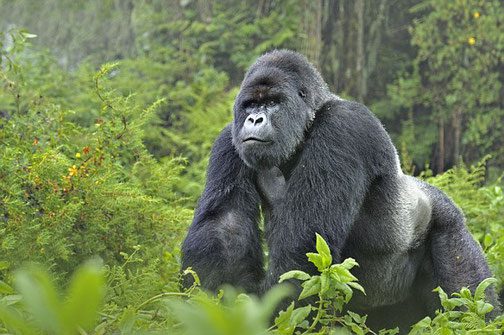 The Bwindi Gorilla (which has not been given a scientific name as yet) lives in the southwest corner of Uganda and also has a small population count with around 350 individuals living in the wild. There are no Bwindi Gorillas in captivity.

Bwindi Gorillas are a sub-species of the Mountain Gorilla (Gorilla beringei beringei)) found in the rainforests of the Bwindi Impenetrable Forest and comprises about half of the worlds endangered population of about 650 Mountain Gorillas.

The nearby Virunga Volcanoes Conservation Area, inhabited by the remaining 300 Mountain Gorillas makes Bwindi the only forest in Africa in which these two great apes occur together.

Bwindi gorillas diet is rather higher in fruit than that of the Virunga population and the Bwindi gorillas are more likely to climb trees to feed on foliage, fruits and epiphytes (a plant, such as a tropical orchid or a staghorn fern, that grows on another plant and depends on it for support but not food). In some months of the year, Bwindi gorilla diet is very similar to that of Bwindi chimpanzees.

Bwindi gorillas are much more likely to build their nests in trees, nearly always in Echizogwa, a small understory tree, however, due to loggers and poachers, the gorillas are slowly dying out.

All five sub-species of gorilla are very similar and have only minor differences in size, coloring and build.

Gorillas have very long arms that are even longer than their legs. Gorillas are large animals, very strong and contrary to belief, they are not aggressive animals but peace-loving, shy vegetarians.

Gorillas are covered with brownish/black hair except for their fingers, palms, bottoms of feet and face.

Gorillas have a very large head with a bulging forehead. They have a crest on top which is called the ‘sagittal crest’, and is larger on male gorillas than on female gorillas. Gorillas have tiny ears and small, dark-brown eyes.

Gorillas have no tail. Adult gorillas have 32 teeth, with large molars (flat teeth used for chewing food) and large canines (pointy teeth used for biting), which are especially large in the male gorillas. Gorillas each have a unique nose print in the same way humans have unique fingerprints.

Although gorillas are very much like humans, they do not use only their legs to walk on. Instead they walk in what is known as the ‘knuckle-walk’. By doing this, gorillas walk with both their long arms and legs.

Gorillas roll their fingers into their hands like a sort of fist and apply pressure on the knuckles as they move along. Gorillas are very good at climbing trees with their long, flexible limbs, however, gorillas cannot swim.

Gorillas are predominantly herbivores, however, they are also classed as omnivores. As well as eating mostly plant material, they sometimes supplement their diets with ants and termites. Gorillas forage for food in the forests during the day.

Gorillas eat leaves, fruit, seeds, tree bark, plant bulbs, tender plant shoots and flowers. They have been known to eat various parts of over 200 different plant species. Gorillas do not need to drink water as they get the moisture they need from the foliage that they eat.

An average adult gorilla eats around 50 pounds of food a day. The gorillas large molars and long canines allow them to crush hard plants like bamboo. Lowland gorillas feed mainly on fruit while Mountain gorillas feed mostly on herbs, stems and roots.

Gorillas are generally quiet animals, however, they communicate with each other using many complicated sounds and gestures. Gorillas use at least 25 recognized vocalizations, including grunts, roars, growls, whines, chuckles, hooting, etc.

Like most animals in captivity, gorillas live a much longer life. Gorillas can reach a mature age of 50 years in captivity as opposed to only 35 years in the wild.

This is mostly because they have to fend for themselves in the wild against the elements and human destruction whereas in captivity they are well looked after, cared for and fed and fussed on a regular basis.

Gorillas live in the moist, tropical rainforests of Africa. The Western and Eastern Gorillas tend to live in re-growing forests where there are clearings giving easy access to low vegetation. Mountain Gorillas live higher in the mountains in cloud forests.

All of the five sub-species of gorilla are endangered. Gorilla populations have decreased rapidly and their estimated individual population count is as follows:

As you can see from the above numbers, the Cross River Gorilla is the most endangered . There are no Cross River, Bwindi or Mountain Gorillas in captivity which means they rely solely on their natural wild habitats.

However, the main reason why these three sub-species have such small numbers and are gravely endangered is because of the destruction to their natural habitats caused by logging and agricultural expansion.

The bushmeat trade, facilitated by logging has also become an immediate threat to the Western Lowland Gorillas, particularly in Cameroon.