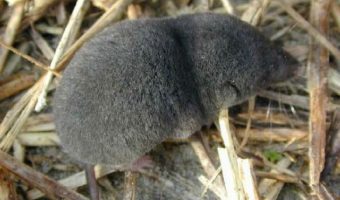 Southern Short-tailed Shrews are well adapted for digging. They have strong, wide front feet which are slightly larger than their hind feet. They burrow using a combination of their forefeet, head and nose. In soft soil, they are capable of burrowing at a rate of 30 centimetres per minute, which is quite an achievement considering their tiny size.

The Southern Short-tailed Shrews preferred habitat includes deciduous or coniferous forests, fields, grassy areas near water, salt marshes and wet open areas. Adequate cover and food appear to be more important in determining their presence than the type of soil or vegetation.

Southern Short-tailed Shrews burrows occupy two different zone levels. One level being several centimetres beneath the ground or sometimes upon the ground, the other level somewhat deeper at around 40 – 60 centimetres below the surface. The two levels are joined at irregular intervals. Most burrows are made beneath logs and sometimes joins the log which is then honeycombed. Rotten wooded logs are preferred as these are easier to work with.

Southern Short-tailed Shrews tend to be more sociable than the Northern Shrews. Burrows can contain several individuals who work together and seldom fight. Certain males and females remain close together during pre breeding season.

This Shrew is active day and night and throughout the year. Their home range is 0.5 – 1.0 acre. Populations are as high as 25 per acre, usually fewer. The Southern Short-tailed Shrew builds its own tunnels in the ground or snow and also uses those of other animals. Runways are used for food storage. Their nest is built of dry leaves, grass and hair, at a diameter from 6 – 8 inches beneath logs, stumps, rocks, or debris.

The Southern Short-tailed Shrews diet consists of insects, annelids, vegetable matter, centipedes, arachnids, mollusks, vertebrates and crustaceans. It has been known to store snails for the winter. The saliva is venomous and is injected into the wounds of its prey by the teeth. The Southern Short-tailed Shrews venom is strong enough to kill mice, but is not lethal to humans.

The breeding season of this Shrew lasts from February to November and females have 2 or 3 litters per year. The gestation period lasts from 21 to 30 days. Each litter consists of two to six young. The young are reared in nests of grasses and leaves by which entry is gained through a tunnel. The nests for the young are much larger than their resting nests. 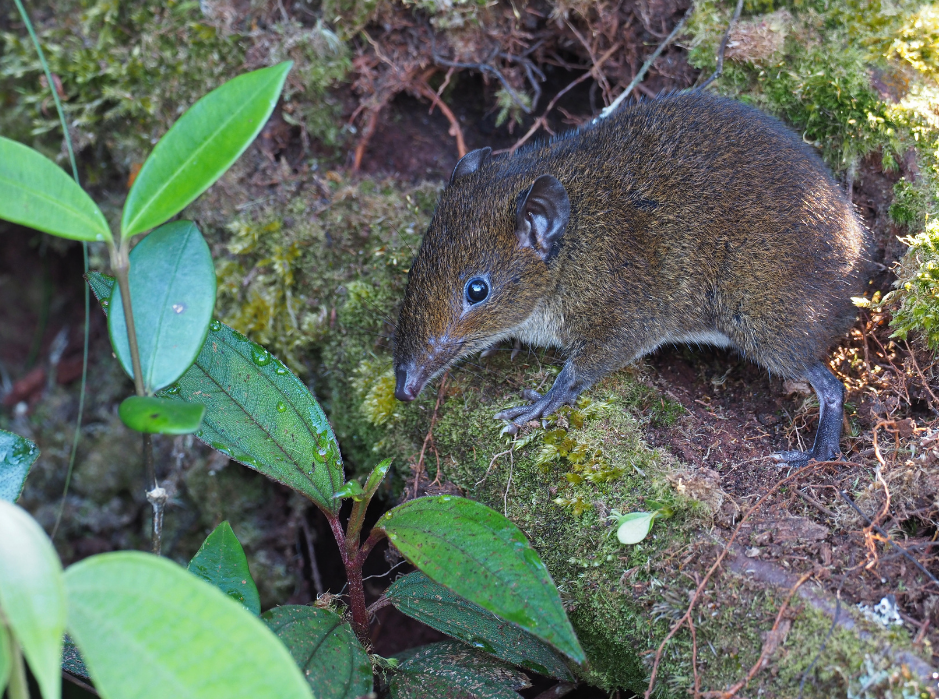 An interesting feature of the Southern Short-tailed Shrew is the venom produced by the sub maxillary glands, which is present in the saliva and may be introduced into wounds made by the teeth. Injections of 6 milligrams of an extract prepared from the sub maxillary gland are strong enough to kill mice but there is little likelihood of the venom having any serious effect on man.