You are here: Home / Animals / Worms 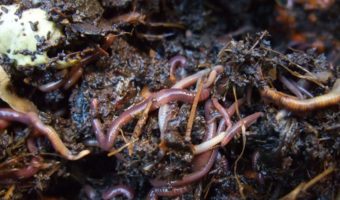 A Worm is an elongated soft-bodied invertebrate animal. The best-known is the earthworm, a member of phylum Annelida, however, there are hundreds of thousands of different species that live in a wide variety of habitats other than soil.

Most worms live in our gardens and in other soiled areas such as fields and farms.

Worms do not have arms, legs or bones, instead, they have a soft, often segmented body which is covered a tiny hairs or bristles that help them move along. Worms breathe through their skin and so it must be kept moist all the time to enable them to absorb the oxygen from the air.

Many people think of a worm as a gross, disgusting creature that is slimy and wriggly, however, despite its strange physical appearance, the worm has many beneficial qualities when it comes to our earths soil.

Worms belong to the ‘annelid’ family along with leeches. There are over 3,000 different types of worm, some are so tiny you would not be able to see them under a microscope.

The 3 most common worms are:

The Common Earthworm – this worm is the one you are most likely to see in your garden, in fields, farms and park soils.

Brandling Worms – these are smaller in size than Earthworms and pinkish-red in color. They like living in compost heaps.

Flat Worms are not good worms, they are parasitic on other animals and became a pest in the British Isles some years back because they eat earthworms which is not good for our soil.

Worms are BIG eaters. Worms can consume their own body weight in soil and dead plants in one day. They also excrete equivalent to their own body weight daily in what is known as ‘castings’. (You may have seen castings in your garden, they look like little worms all curled up and look like mud). These castings produce compost and enriches the soil.

Worms usually eat while they are passing through the soil and excrete as they go along. The soil they eat passes through two parts of their body called the ‘Crop’ and the ‘Gizzard’. In these parts of the worms body, strong muscles grind the soil, and digestive juices turn the plant matter into a digestible form. In the worms intestines, nutrients the worm needs are absorbed into its bloodstream to keep it strong, healthy and shiny and anything unwanted is passed out in a worm cast.

Having worms in your garden is a good sign that you have healthy soil. Some people even keep worms as pets and feed them on scraps of waste so that they will make lots of healthy compost for their gardens so their plants and flowers will grow well.

So, these strange little slimy creatures are extremely useful indeed – so remember this when you see them wriggling in your garden and perhaps get them some scraps of waste to eat.

The best time to catch these little ‘soil scientists’ is when it is or has been raining as they come to the surface of the garden, probably to get a bit of moisture.