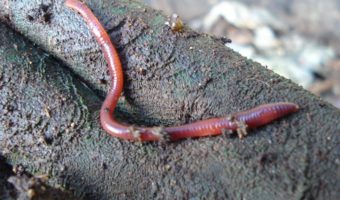 Brandling Worms or Redworms, are a special type of earthworm adapted to the environment of decaying organic material. Brandling Worms thrive in rotting vegetation, compost and manure. Interestingly, they are rarely found in soil and instead, like redworms (Lumbricus rubellus), prefer these types of conditions where other worms cannot survive. Brandling Worms are encountered most often as fishing bait.

Owing to their ability to speed the process of converting compost into soil, Brandling Worms are used in areas where they occur naturally.

When introduced into soils where they are not endemic, brandling worms will damage ecosystems by changing soil composition. These areas include soils of sandy loam, pine barrens, and possibly others. Such possible causes of contamination can be careless fishermen, trees or soil trucked in from other areas, transportation of potted plants, etc.

Brandling Worms feed on rich decaying matter, especially in compost heaps. Worms can be very abundant in such situations.

Brandling worms along with other types of worms eg. earthworms, Red Worms and White Worms can be used for making your own compost bin.