You are here: Home / Dinosaurs / Ankylosaurus

The defining point of an ankylosaurus is its armor. Their armor consists of very tough bones and scales embedded in its skin. They were a very large animal. Ankylosauruses could be up to 30 feet long, 6 feet wide, and about 4 feet high. Most animals today are not wider than they are tall, so one can understand how awkward this animal looked (think of a stingray mixed with a rhino… on land). The ankylosaurus had 4 feet and its rear legs were taller than its front legs. The ankylosaurus had a very large bony tail “club”. The dinosaur also had 2 long rows of spikes coming from the side of its body and horns protruding backwards from the back of its head. 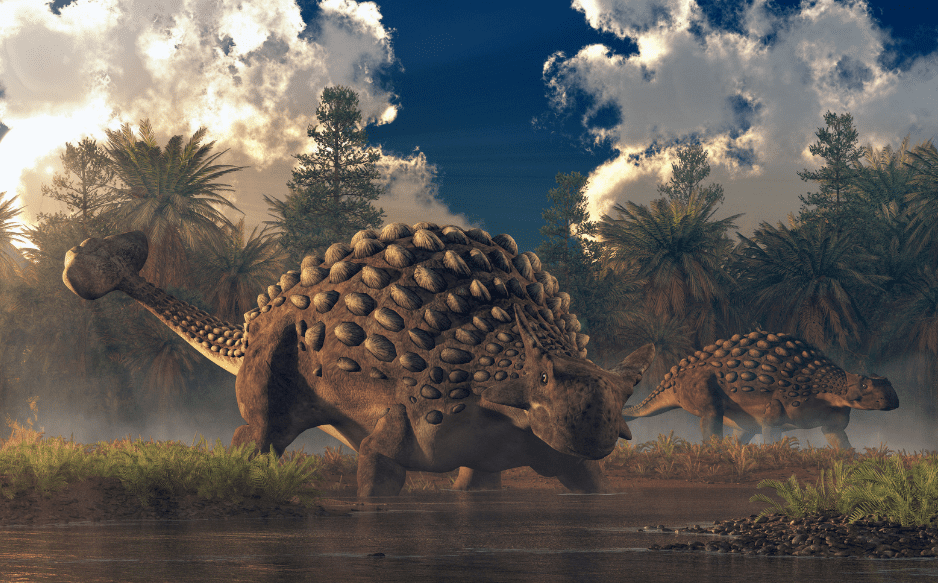 Ankylosaurus’s armor is actually fused with its skin.

Despite its awkward shape the ankylosaurus could in fact jog.

Ankylosis refers to the stiffness produced by the fusion of many bones in the skull and body.