The Grassland biome includes savannas and shrublands and is found on almost every continent worldwide except arctic regions. Grasslands are vast areas of semi-arid deep rooted grasses with little or no trees. They have rolling hills and wild flowers and the soil is very fertile with rich nutrients and minerals. Rainfall is moderate.

Heaths and Pasture are, respectively, low shrublands and grasslands where forest growth is hindered by human activity, not climate. There are two types of grassland:

Grasslands around the world fall into three categories: 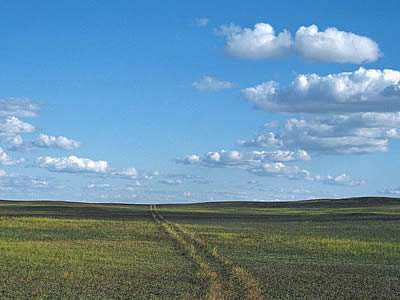 Prairies – prairies are generally covered with tall grasses and have a humid climate. Soil is rich in nutrients and is ideal for plant growth. Prairies contain very few trees, the ones that can be found are situated on hill slopes and by streams. Grazing animals such as the Bison and Oxen can be found on grasslands.

Other animals found on prairie grasslands are ground nesting birds, insects and a few species of reptile. 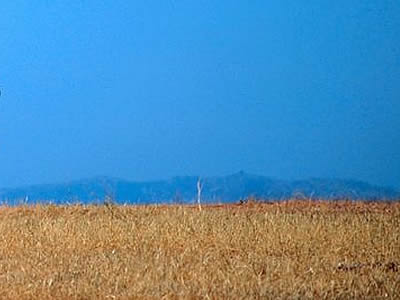 Savannas – savanna biomes have a warmer, drier climate. Plant life is adapted to the hotter climate, some having trunks that store water for many days or special built-in mechanisms allowing the plant to lie dormant during periods of drought.

Another variation of this type of grassland is the tropical savanna found in Africa where mammals such as Gazelles, Wildebeests and African Wild Dogs make their home. 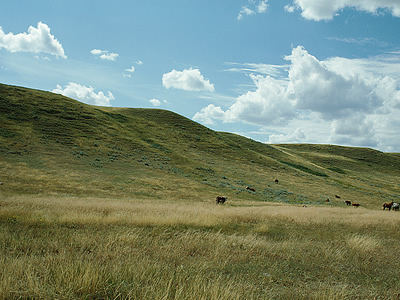 Steppe – steppe grassland is usually found in areas of the world which are less prone to moisture. Steppe are characterized by a continental and dry climate. Peaks can be recorded in the summer of up to 40 °Centigrade and in winter -40 °Centigrade. Besides this huge difference between summer and winter, the differences between day and night are also very great.

Humans have exploited many of the animals of the savanna biome, either for sport, fur, or illegal poaching. Rhinos and elephants are now endangered species due to the illegal trading of their horns and tusks. Frequent fires have also contributed to the diminishing savannah biome and though most occur because of the dry heat, they are more frequent in areas populated by humans.

In the highlands of Mongolia, 30 °Centigrade can be reached during the day and sub-zero temperatures at night. The grass is generally shorter than that found on prairie grasslands. Animal life on the steppe is comprised of grazing mammals such as the antelope and various types of burrowing mammals such as ground squirrels and ferrets.

Below are just some of the animals that inhabit different grasslands around the world. The animals are featured in our World Wildlife section so please press your back button to return here.